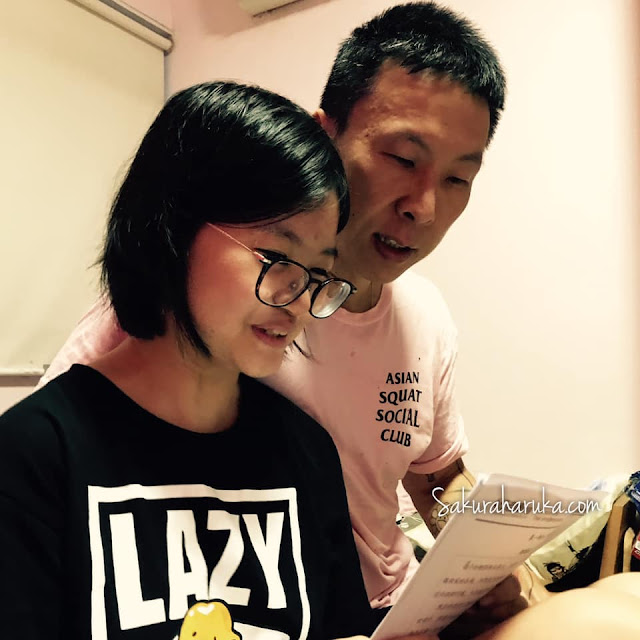 Lil Pumpkin is in the midst of her P6 preliminary exams at the moment.
It seems somewhat surreal that we have reached this point. In just a few weeks' time, Lil Pumpkin will be sitting for the biggest exam of her life so far. And in a few months' time I'll be a secondary school kid's mum!!
Actually, PSLE officially started a few weeks' back with the oral examinations, which she said was "pretty ok" haha...
As much as I would like to share our experience and parenting tips on handling this major milestone like what I did for her Primary 1 journey, for the most part, I don't feel like talking about it much. Not at the moment at least.
For one, I don't want to "jinx" anything. Like if I say everything is fine and dandy, but then the unexpected happens and something goes wrong? I know I know.. it's quite silly but ya.
Also, I already feel that PSLE is so consuming that I don't want to talk or think about it more than I should. Or have people bring it up to Lil Pumpkin. There's no point telling her to "study hard" or do this or that for whatever subjects because honestly, she's getting that a lot from home, school, enrichment classes etc. Believe you me when I say that she is already doing almost the best she can for the current circumstances.
Could she do even more or better? Probably so as she still lacks initiative and needs a lot of pushing strong encouragement from us, but then I don't want to bring her to her breaking point.
In sports, we talk about peaking at the right moment. Peaking is when the athlete is performing at their absolute best during competition. Peaking requires the athlete to have great general body conditioning, good sports specific conditioning as well as great skill execution combined with strategy and tactics that enable them to perform at their best.
My friend Kitty told me that "PSLE is not the time for the kid to peak, it's actually A' Levels", which to a great extent, I find to be true.
But one step at a time.
For now, I want her to peak during PSLE so honestly, I am not stressing over her prelims exams, or nagging her about it. Just making sure she does sufficient revision and feels confident, eat and sleep well. Basically keeping her love tank full ❤
I don't have very high expectations for Lil Pumpkin {because life is so much more than academic brilliance}, but I do hope that like for everything she does, she will perform and give the best results to the best of her ability, and potential, which I have tremendous faith in.
I do not want to leave her to regret that she did not put in her best effort, so we are doing everything we can to support her in doing that. If it so happens that even then she does not get good grades, then so be it, but at least she gave her all.
Please keep her in your prayers and wish her luck!

Hi! Thanks for dropping by and showing love to Sakura Haruka ♥

I appreciate each and every comment but please refrain from posting self-promotional, personal attacks or rude messages. Grateful for your understanding!